Vinay Kajaniya, professionally known by his stage name Rapper Chauhan, is a rapper from Delhi, India. He is associated with the Indian hip-hop music industry. He launched the first track in 2019 on international music platforms like Spotify, Deezer, Napster, etc. His first track didn’t work as great. During his career, he has released many good songs. They are Lockdown, Tera Bholenath, Bhole Ka Nasha, and many more. He came into spotlight with the release of his song ‘Tere Moonh Mein’ (2021), which gave him fame. Rapper Chauhan is a verified artist on Spotify, JioSaavan, Apple Music, and YouTube. In 2019, he began working with an Indian music label ‘Desi Mukka Music.’ He released many songs on this channel and soon came to people’s notice. Born on 29 September 1996 in a Mumbai-based family, Rapper Chauhan began his musical journey at the age of eighteen from the town of Dakshinpuri, New Delhi. He first began rapping in English and spent several hours listening to Eminem during his childhood. In 2018, he started his career as an underground rapper, and he remained unnoticed in the industry between 2018 and 2020. He took part in various auditions. In 2020, his music video The Bholenath got overwhelming response and brought him good revenue. He set up a music studio with the revenue that he earned through that song.His track Lockdown became popular, and many people loved it. Some of his well-known tracks are Kal Ke Bachche, Bhole Ka Nasha, & The Bholenath, In 2021, his single Tere Moonh Mein catapulted Rapper Chauhan to success. 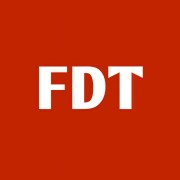 Who is Parag Agrawal, the new CEO of Twitter? 5 things about IIT-Bombay alumnus